“The loss of the Beetle after three generations, over nearly seven decades, will evoke a host of emotions from the Beetle’s many devoted fans,” said Hinrich J. Woebcken, President and CEO, Volkswagen Group of America, Inc.

“As we move to being a full-line, family-focused automaker in the U.S. and ramp up our electrification strategy with the MEB platform, there are no immediate plans to replace it. But as we have seen with the I.D. BUZZ—which is the modern and practical interpretation of the legendary Bus—I would also say, ‘Never say never.’ We’re excited to kick off a year of celebrating one of the true icons of the automotive world, with a series of events that will culminate in the end of production in Puebla in July 2019.”

The Final Edition VW Beetle models will get a 2.0-liter four-cylinder TSI engine with 174 horsepower and 184 lb-ft of torque. Offered in both convertible and coupe versions, they will pack the latest features and technology as well.

Contact us today to learn more at Clarkdale Volkswagen! 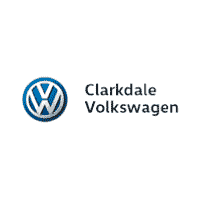